Trusted by students, telling their

Our diploma based programs prepare a student to become immediately employable and credentialed upon graduation! Our curriculum and training environment provides a preparation for the “real-world” that will help you “Jump Start your Career” successfully! Take a moment to read success stories from employers, our students, and alumni working in the field.

I work at Kentucky Periodontics and Implant Dentistry because they really understand the impact a confident smile can make in someone’s life. I love being a dental assistant! Patients come in with a lack of confidence and leave with the biggest and proudest smile. It feels amazing to change so many patients’ quality of life one mouth at a time!

CORE Health Centers of Richmond had the distinct pleasure of hosting the medical massage therapy students during their externship. The students were an incredible asset to our office. They were professional, knowledgeable, and caring towards our patients. Further, our patients provided excellent feedback regarding the work performed by the massage students. We hope to continue working with them!

Because of Medical Career and Technical college, I am able to work in an industry that I love! I am so thankful to have chosen this school to help me start my career as a massage therapist.

Medical Career and Technical College gave me the skills that I needed to work in the massage field. Hands-on training gave me confidence in the skills I needed to excel at being a massage therapist.

I graduated from Medical Career and Technical College about 3 years ago. Now I work as an Ambulatory Technician for Rood and Riddle Equine Hospital. The most recent project I worked on was doing Spring Surveys on the yearlings at Shadwell Farm with Dr. Olivia Chandler. It was so fun and rewarding! Going through the program has helped me accomplish my dream of working with animals and having a career that I’m truly passionate about! I’m very grateful for Miss Amy and everything that she taught me, and for everyone else at the school! Everyone there is super supportive and helpful!

I graduated less than a year ago from the Veterinary Assistant Program. I know work for Minter and Moore Veterinary Clinic in Beattyville, KY. Going through the program taught me so much knowledge that I use every day, and inspired me to further my career in the Veterinary field. I love working with Dr. Moore and all of the wonderful staff. Helping care for each patient and learning something new every day makes me excited to come to work!

I have always had a passion for animals since I was a little girl! There was literally never a day in my life when I wasn’t around animals. I’ve always had a pet(s) or see strays roaming around the streets. I have this nurturing nature in me to care for them, whether they may be in the streets, clinic or my home. I want to have a career where I could tend to the animals needs whether it’s recovering for surgery, sickness, or just needing some lovings. I chose MCTC for their Veterinary Assistant Program to be that person to save an animal’s life and/or make their day better. The staff and students are so wonderful, we’re like family, caring for our own.

I am a current student at Medical Career and Technical College to pursue my dream of becoming a Medical Assistant. I decided to choose this school because I always feared attending a huge university with a ton of people. Here at Medical Career and Technical College the teachers treat you like their own and not just another number. The teachers are very well educated and relate to their experiences in the field to educate their students. I’ve had an amazing experience here, and highly recommend this school to anybody seeking a career in the medical field!

I always wanted to take the next step in furthering my education, not only for myself but for my kids, and so many life factors made it seem almost impossible. The time never felt right, and the fear of failing was overwhelming. Out of curiosity, I began looking at some local technical schools, researching their curriculum, calling to inquire about the options they offered, and taking tours. I began to feel hopeless. So many options but so few of them fit my needs. After scrolling through Facebook, I found an advertisement for MCTC and I began reading reviews and ultimately decided that maybe this could be the one. From the very first conversation I felt welcomed. Like MCTC genuinely cared and most importantly that they cared about my success! After the tour I knew that MCTC was the right choice for me. Two semesters later and the support is still the same as day one! I recommend MCTC to everyone simply because they care. The staff will be there every step of the way doing whatever they can so that you can be successful in whatever career you chose. If I can do it, you can too. It’s worth the leap of faith.

I chose MCTC because I wanted to make a difference in not only my life but my family’s life as well. Being a mom is my greatest gift, and MCTC allows me to have a flexible schedule to make time with my child. I chose the Medical Assistant program because taking care of others has always been my passion. This is definitely my calling! 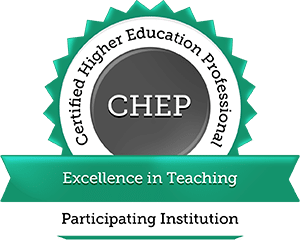